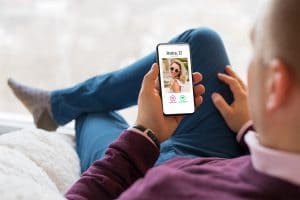 Online dating apps are popular, and with good reason: when you live a busy life, it can be hard to meet someone special. Sadly, not everyone uses these apps with the right intentions. For instance, Match.com has come under criticism at times because some users have misused the sites resources for malicious purposes.

If you are on one of these sites and something does go very wrong, can you sue the dating app or website if you match causes you harm? The answer, like with so many things, is “it depends.”

When an app creator is protected

According to the Communications Decency Act (Section 230) assigning liability to a dating app for harm occurring due to the actions of a third party user is generally not permitted. In accordance with state tort law and negligence statutes, duty of care is only present if a special relationship exists between the parties involved.

The Ninth Circuit Court recently issued a ruling that no special relationship exists between a dating application and the dating application user. Without this relationship, there is no resulting duty incumbent on the owner. In the case cited, Mary Kay Beckman was attacked viciously – she was beaten and stabbed by Mr. Wade Ridley. The two were brought together through Match.com. Ms. Beckman argued that the dating site had a duty to warn her of the dangerous nature of her date. However, the courts have disagreed, stating that Match.com had no duty to warn as well as no duty to protect.

When an app creator may be liable

However, if a dating app or website has definite knowledge a person is using, or has used, the app to commit violent acts, that could fall under the definition of foreseeable harm. The dating app company would then have a duty to warn the other person. Practically speaking however, dating apps will not pursue this type of information about their customers. In the Beckman case, Mr. Ridley had a history of criminal violence going back approximately 10 years before his attack upon Ms. Beckman. Match.com was not cognizant of this criminal record and therefore could not foresee the potential personal injury she would eventually suffer.

Whether or not dating apps should be allowed to ask about criminal histories is another matter altogether, but these types of claims can usually be summed up by caveat emptor: let the buyer beware. As there are some cases where the creator may be liable, however, you should seek experienced legal counsel. Even if the app creator is not liable, the person who harmed you will be. You can seek damages from your attacker in civil court.

If you have suffered physical or psychological hurt from another person you met on a dating app, you could be entitled to compensation. At Martin & Helms, we help injury victims seek the justice they deserve. To arrange a free consultation at one of our offices in Huntsville or Decatur, please call 256-539-1990, or fill out our contact form.