E-Cigarettes Aren’t Safe. We Want Your Kids to Know.

E-Cigarettes Aren’t Safe. We Want Your Kids to Know.

There are a lot of misconceptions about e-cigarettes, and a lot of undisclosed (and undiscussed) dangers. While the majority of the stories we read deal with their tendency to explode – a serious and dangerous problem, we admit – we want to discuss the dangers they pose even when they’re in working order, especially to children and young vapers.

The Centers for Disease Control & Prevention (CDC) has outlined the dangers for kids here, so today, we’re going to look at some of the highlights. We encourage you to review the CDC’s information with your children and with anyone who thinks they are safer using e-cigarettes than traditional forms of tobacco.

What is an e-cigarette?

An electronic cigarette, or e-cigarette, can come in one of many forms. Some look like traditional cigarettes; some use battery-operated tanks and liquid that you can refill on your own. They all use some form of battery to work, though some are disposable and some are refillable.

Many smokers who switch to vaping do so because they are addicted to nicotine, but want to eliminate some of the other deadly compounds in cigarettes, and feel vaping is a safer way to do that. The truth is, there is no scientific data to support this theory. Per the CDC, the liquid in e-cigarettes contains:

The CDC has also found that e-cigs marked as having no nicotine do, in fact, contain nicotine. In some cases, children and adults have suffered nicotine poisoning “by swallowing, breathing, or absorbing e-cigarette liquid through their skin or eyes.”

Why this is even worse news for kids

This false assumption, that e-cigarettes are safer than traditional cigarettes and tobacco products, is especially harmful to children. Not only does it give youth smokers a false sense of security, but studies show that “There is some evidence that young people who use e-cigarettes may be more likely to smoke cigarettes in the future.”

What is happening is, an entire generation of kids who don’t smoke – the lowest numbers in a decade – are picking up vaping instead, and exposing themselves to dangerous and addictive chemicals.

The connection between vaping and JUUL

JUUL is a type of e-cigarette that looks like a USB drive, and offers a wide array of flavors that appeal to children. It also packs a nicotine punch: one pod is the equivalent of a pack of cigarettes. Though the company does not endorse explicitly youth smoking, it has not done much to dispel the notion that it is branded for youth smokers. Per a 2019 study in the BMJ, which reviewed close to 15,000 Instagram posts about JUUL between March and May 2018:

JUUL did close its Instagram and Facebook accounts in November of 2018, but the damage has already been done. NPR reports that since JUUL shut down its pages, “the volume of Juul-related content on the platform has only increased… over 522,000 [Instagram posts] as of July 3.”

Why JUUL and other e-cig companies may soon face litigation

E-cigarette companies are already facing lawsuits for their exploding batteries. However, any company that said vaping was a safe alternative to smoking could soon be facing litigation for deceptive marketing practices, too. Not just because the so-called “nicotine free” liquids and pods contain nicotine, but because the marketing of nicotine products is heavily and carefully regulated. Companies like JUUL could soon find themselves on the losing end of a bitter, but important, battle.

If you or your child uses e-cigarettes, we want you to know that the risks are real. You could get sick. You could get hurt. Smokeless tobacco products may not contain tar, but they do contain dangerous chemicals – chemicals that these companies should have warned you about explicitly.

At Martin & Helms, we believe that companies owe their consumers a duty of care: not just because it is the law, but because it is the ethical thing to do. If your teen started using JUUL or another e-cigarette brand under false pretenses, you may be able to take legal action. To learn more about your options, please call 256-539-1990 or complete our contact form to schedule a free consultation with one of our injury attorneys in Huntsville or Decatur. Martin & Helms serves clients throughout the Tennessee Valley and North Alabama. 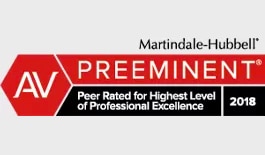 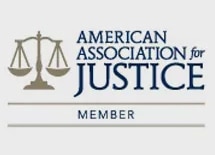 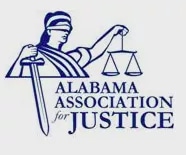 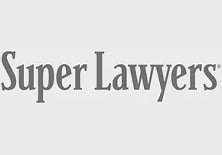 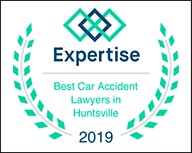