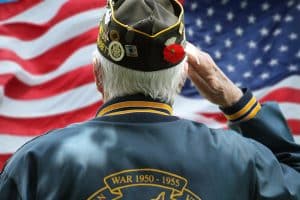 Close to one million people, military personnel, and civilian workers were victims of contaminated water, which ran through taps at Camp Lejeune in North Carolina for almost 40 years from 1953 to 1987.

Service men, women, and their children unknowingly drank, cooked with, and bathed in the toxic water that contained “specific volatile organic compounds (VOCs),” according to the Agency for Toxic Substances and Disease Registry (ATSDR). The ATSDR states that there were eight water plants on base. In 1982, three of the eight distribution plants, Hadnot Point, Tarawa Terrace, and Hocomb Boulevard, tested positive for water contamination. Studies have linked this toxic water to numerous cases of cancer, birth defects, and deaths.

If you are a veteran who was stationed at Camp Lejeune, and you or a member of your family has developed a life-altering medical condition or disease linked to the toxic water, Martin & Helms, PC can help. Contact us in Huntsville or Decatur today.

What is Camp Lejeune?

Camp Lejeune is a Marine Corp Base and training facility in Jacksonville, North Carolina. It is the largest Marine Corp Base on the East Coast. It spans 150,000 acres, including 12 miles of beach. The facility includes 6,946 buildings and facilities and maintains about 137,526 marines, sailors, retirees, their families, and civilian employees. Learn more here.

Camp Lejeune was established in 1942 and answered the need for an East Coast training facility. The mission of this base was to support Marine Corps commands, a major Navy command and a Coast Guard command, as well as the Marine Corps Base itself. The Marine Corp website asserts that Camp Lejeune with all its satellite camps, housing, training areas and New River Air Station is the largest concentration of marines and sailors in the world. It is known as the “Home of Expeditionary Forces in Readiness.”

When was toxic water discovered at Camp Lejeune?

Contaminated water was discovered in 1982. The ATSDR contends:

…past exposures from the 1950s through February 1985 to trichloroethylene (TCE), tetrachloroethylene (PCE), vinyl chloride, and other contaminants in the drinking water at the Camp Lejeune likely increased the risk of cancers (kidney, multiple myeloma, leukemias, and others), adverse birth outcomes, and other adverse health effects of residents (including infants and children), civilian workers, Marines and Naval personnel at Camp Lejeune.

The ATSDR determined that the high concentration of PCE was due to waste disposal from a local dry cleaner, ABC One-Hour Cleaners.

The toxic components included trichloroethylene (TCE), tetrachloroethylene (PCE), vinyl chloride (VC) and benzene, all of which are colorless, making the contamination undetectable for so long.

TCE is a solvent used by the military to clean and degrease metal. The National Cancer Institute states that evidence links TCE to kidney cancer, non-Hodgkin lymphoma, and liver cancer.

PCE is a chemical used for dry cleaning and several studies link PCE to an increased risk of death from cancers of the bladder, and kidney, hematologic malignancies, and heart disease.

TCE and PCE disintegrate in groundwater over time and create the gas vinyl chloride. Vinyl chloride (VC) exposure is associated with an increased risk of a rare form of liver cancer (hepatic angiosarcoma), as well as brain and lung cancers, lymphoma, and leukemia.

Benzene is another solvent used in pharmaceutical and chemical industries. It is associated with an increased risk of leukemia and other blood disorders.

Learn more about the chemicals and their effects here.

Serious health issues have been associated with the contaminated Camp Lejeune water. Some issues include:

Babies whose mothers were exposed to the contaminants were also prone to defects and disease as well. The water has also been linked to miscarriages.

The Marines assert that Camp Lejeune water today meets all government drinking water standards, The Camp Lejeune annual water reports are posted on the Marines website. According to the Marine Corp, the water is and has been safe since 1987. Their efforts to make sure water stays safe fall into several categories:

Water quality testing, compliance with current waste management regulations, and cleanup of past hazardous waste sites. Water quality testing efforts, including those covered under the Safe Drinking Water Act (SDWA) and those that are voluntary, are described in the Camp Lejeune drinking water sampling material in the annual water safety reports.

Can I file a claim if I was harmed by the water at Camp Lejeune?

Congress passed the Honoring America’s Veterans and Caring for Camp Lejeune Families Act in 2012. This entitled veterans and their families to disability benefits from the Department of Veterans Affairs (VA). Healthcare was provided to those who served at Camp Lejeune, as well as their families. If you are a veteran, reservist, or guard and you were stationed at Camp Lejeune from 1953 to 1987, you can learn more about the benefits on the VAs website.

On August 10, 2022, the President signed the Honoring Our Pact Act of 2022 which includes the Camp Lejeune Justice Act of 2022, into law. Right now, victims of Camp Lejeune’s contaminated water will be able to take legal action against the U.S. government for damages caused by this tragedy.

You only have two years to file your claims, so it is important to begin the process now. This law will also enable those who suffered injuries in utero, and those who are already collecting disability benefits from the VA to file claims as well.

If you lived or worked at Camp Lejeune from 1953 to 1987, and developed a serious illness, let the lawyers at Martin & Helms, P.C. help. We will work to secure financial compensation for your injuries, losses, pain, and suffering. We’re on your side. To schedule a consultation to discuss your case, call us at 256-539-1990, or fill out our contact form. We have offices in Huntsville and Decatur, and serve clients in Madison, Athens, and North Alabama.