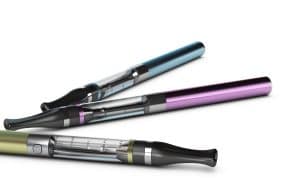 The Food and Drug Administration (FDA) recently sent out a mandatory order that could impact the decisions moving forward for e-cigarette, cigar, and pipe manufacturers. The FDA demanded that three small e-cigarette companies cease the sale and distribution of their flavored products.

The three companies in question were JD Nova Group LLC, Great American Vapes and VaporSalon, who are now in a position where they must pull 55,000 current or planned flavored products from the market or face repercussions from the FDA. This decision by the FDA is only the beginning. The agency has the responsibility of deciding the fate of nearly 2 million vaping and other tobacco-related products by September 9 of this year.

Today, our Huntsville product liability attorneys discuss the repercussions of the FDA ruling.

What influenced the FDA to come to this decision?

Ever since the e-cigarette was introduced to the market, there has been concern from public health organizations about whether the products are beneficial in helping consumers to quit smoking, or whether they create additional harm in the long run. The actions that e-cigarette manufacturers have taken certainly have not helped matters.

How do the companies’ flavored vape products appeal to youth?

The agency argued that the manufacturers’ decision to sell flavored vapes is a way to appeal to youth and entice them to use their products. Some of the flavors provided by the manufacturers can seem appealing to young consumers, such as the Dr. Cola flavor or the Cinnamon Toast Cereal flavor.

Because a majority of vaping products come in various unique flavors, the youth may be persuaded into trying all different varieties, becoming addicted easily to the vaping products. This can lead to the rising epidemic of vaping use in teenagers and young adults.

What are some additional risks of e-cigarette use?

Similar to the different flavored products offered, the nicotine levels in each product vary by brand. Nicotine is already an addictive substance that can cause severe harm to an adolescent’s developing brain; however, the fact that the levels of nicotine found in a vaping product vary from brand to brand can be considered very irresponsible on the part of the e-cigarette companies.

The nicotine strengths found in a flavored vape can range from zero nicotine, 3 mg, 6 mg, 12 mg, and 18 mg, and all the way up to the highest strength, 36 mg, compared to the average cigarette which contains 10-12 mg. Teenagers and young adults may not be aware that the levels of nicotine strength vary in each product, leaving the onus on the consumer to choose responsibly and gauge how much nicotine is acceptable to consume.

How have other organizations responded to the FDA’s mandatory order?

The FDA’s mandatory order has received mixed reactions from different types of organizations. Public health organizations were in full support of the FDA’s decision. In fact, some public health organizations encouraged the agency to take their actions a step further and remove all flavored tobacco products from the market. Other organizations, such as the vaping advocacy group American Vaping Association, criticized the agency’s decision to target the three e-cigarette companies as “low hanging fruit.” Vaping advocates have expressed concern in the past for the entire market and have criticized government officials for cracking down on e-cigarettes.

What is the main issue with e-cigarette use?

The main reason why public health organizations such as the American Lung Association are against the sale and distribution of e-cigarettes is because of the impact that vaping products are causing on the youth. Although e-cigarette companies claim that their marketing tactics are not targeting teenagers and influencing vaping amongst teens, statistics say otherwise.

According to the National Youth Tobacco Survey (NYTS), almost 40 percent of high school students who use e-cigarettes reported using e-cigarettes on 20 or more days out of the month. The NYTS also reported that about eight in ten of youth who use e-cigarettes consume vaping products with all kinds of fruity flavors. Some of the favorite flavors were fruit, mint, menthol, and candy.

Are there any additional chemicals that can be found in e-cigarettes?

One of the most misleading facts about e-cigarettes is that the only harmful chemical that the product contains is nicotine. When someone uses an e-cigarette, a battery is used to heat up the vaping liquid into aerosol form. Young people who inhale and exhale this aerosol from an e-cigarette are at risk of ingesting harmful chemicals such as cancer-inducing chemicals, heavy metals like lead and nickel, and volatile organic compounds. Some teenagers and young adults have suffered from swallowing, absorbing, or breathing in the liquid through the skin or eyes.

Do e-cigarettes help reduce the chance of smoking in the future?

E-cigarette companies and vaping supporters claim that the use of e-cigarettes will either diminish the need to smoke for former smokers or influence the smoker to stop smoking altogether. However, statistics have shown quite the opposite. In fact, the National Academy of Medicine filed a report in 2018 that stated that e-cigarette use increases the frequency and amount of cigarette smoking in the future. To add insult to injury, it was discovered that many young people who use e-cigarettes also smoked cigarettes.

The experienced Huntsville product liability lawyers at Martin & Helms take the issues with defective and dangerous e-cigs very seriously. We are here to fight for your right to fair compensation for your injury that was caused by a defective product. You can call us at 256-539-1990 or complete our contact form to schedule a free consultation with a member of our team in Huntsville of Decatur. We proudly serve clients throughout North Alabama, including those in Madison and Athens.