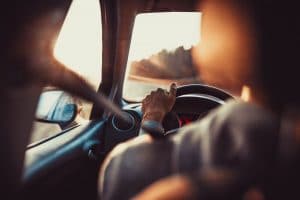 Almost everyone exceeds the speed limit now and then. It’s illegal and dangerous, but it’s also fairly common. There’s no excuse, though, for driving 10, 20, 30, or 50 mph over the speed limit. Excessive speeding is much more than a violation of traffic laws. Excessive speeding recklessly endangers the lives of any passengers in the driver’s car, all the occupants of other vehicles, and any pedestrians or bicycle riders on the roads.

Yet states across the country are reporting excessive speeders in the wake of the coronavirus. In California, law enforcement reported “an alarming 87% increase in citations for speeding in excess of 100 mph.” In the greater Washington, D.C. region, “Virginia State Police stopped at least eight drivers exceeding 100 mph on Saturday, May 2, with one of those drives clocked at 132 mph. Maryland State Troopers ticketed one driver for driving 136 mph on the Capital Beltway, one of four triple-digit offenders on Sunday,” according to WTOP. Our neighbor to the south, Florida, has also seen excessive speeding, where one attorney has reported “handling a lower than average number of citations in the past month at its 31 Florida locations, but a higher percentage of speeding tickets,” including speeds of 115 mph and 120 mph in a 70 mph zone.

Sadly, excessive speed was also named as a contributing factor in the death of Tarvaris Jackson. At the time of his death, Mr. Jackson was reportedly going 70 mph in a 30 mph zone. He hit a signpost while going around a curve, and died from his injuries.

Why excessive speeds are so dangerous

Drivers who go too fast can’t brake in time if a car in front of them stops quickly. Speeding drivers are much more likely to lose control of their vehicle in a curve. Driving too fast often means running through red lights and stop signs, being unable to drive safely through intersections, and carefully responding to changes in the weather or road surfaces.

In short, our brains are simply not equipped to react in time when moving at excessive speeds.

Can I make a claim for damages if I’m hit and injured by a speeding driver?

In all car accidents cases, negligent drivers are liable for the injuries they cause. Liability means the duty to pay damages for any victim’s:

If the high-speed driver causes a fatality, the family of the drivers has the right to file a wrongful death action.

If you were injured or a loved one was killed because a teenager or adult drove recklessly, call the experienced Huntsville car accident lawyers at Martin & Helms, P.C. Our personal injury attorneys in Huntsville and Decatur have the resources to investigate cases and the experience to negotiate settlements and try cases in court. To schedule an appointment, call us at 256-539-1990 or use our contact form. We represent injured workers across North Alabama including Huntsville, Decatur, Athens, and Madison.