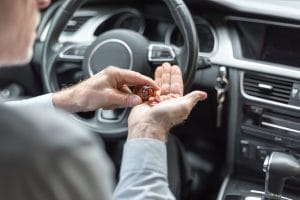 We’re certainly all aware of the dangers of drinking and driving. However, drug-impaired driving (or driving under the influence) is rapidly becoming a big problem on our highways – particularly with the rise in opioid abuse and recreational marijuana. However, one of the major issues with prosecuting drugged drivers is that many fast-metabolizing drugs can dissipate from a user’s system long before authorities are able to take a blood draw, leaving the prosecution with little to no proof.

The state of Alabama is aiming to reduce this gap, increase prosecutions and get dangerous drivers off the road.

The National Institute on Drug Abuse reported that, in a recent survey, 21.4 million people said they’ve driven under the influence of alcohol and 12.8 million have driven under the influence of illegal drugs. And further, according to Alabama Department of Forensic Sciences (ADFS) Director Angelo Della Manna, an impaired driver has an average of three to four different drugs in their system while operating a motor vehicle. Della Manna says the most common drugs found in an impaired driver’s blood include:

Often, blood draws aren’t taken until hours after a traffic stop or accident. Law enforcement is required to obtain a warrant for a blood draw, as well as transport a suspect to a hospital for the procedure. During this time, an individual’s body can metabolize and process many quick-acting drugs, allowing evidence of the drug or alcohol to dissipate.

Alabama is set to be among the first of several states to begin collecting saliva at the scene of an accident or traffic incident, as well as standard blood sample collections. Della Manna explains, “This will be much more informative in assessing what drugs are present in the saliva and blood at the time of the encounter with law enforcement at the roadside, and if the levels are indicative of impairment.”

The state is also working on a plan to obtain warrants for blood samples more quickly – allowing judges to send warrants directly to a law enforcement officer’s patrol car. This can help prevent the issue of severe DUIs being dropped to reckless driving charges because blood DUI levels couldn’t be collected quickly enough.

As the rate of drunken driving goes down, the rate of driving under the influence of drugs continues to rise. Because it’s currently impossible to define a level of drug impairment via a legal limit like blood alcohol level, it’s imperative all drivers are responsible and sober behind the wheel.

If you were injured in accident with a driver who was under the influence of alcohol or drugs, contact the personal injury attorneys at Martin & Helms. We hold reckless drivers accountable for their actions and work to secure you compensation for your injuries. Call us today at 256-539-1990 or complete our contact form to schedule a free consultation to discuss your case. We maintain offices in Huntsville and Decatur, and serve Madison, Athens, and all of North Alabama.