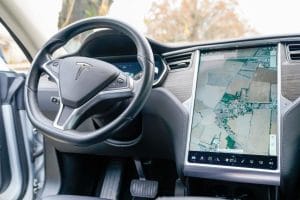 The safety of automated driving systems and autonomous vehicles is still a major concern. While the manufacturers of these cars claim that there are numerous benefits such as controlling a vehicle driven by a drunk or distracted driver, there is a lot more testing that needs to be done and a lot more ingenuity that needs to be developed before these vehicles can be considered reliable.

AP News reported on March 19, 2020, that the National Traffic Safety Board (NTSB) investigation of a deadly Florida crash places part of the blame for the fatalities on “lax regulation of new partially automated driving systems.” The crash involved a Tesla vehicle which was driven on Autopilot.

In an unusual step, the NTSB also blamed the US National Highway Traffic Safety Administration (NHTSA) for not ensuring that car manufacturers “put safeguards in place to limit use of electronic driving systems to areas where they are designed to work.” The NHTSA has been hesitant to regulate vehicles with driver-assistant technology according the AP story.

The car crash killed a 50-year-old who was driving a Tesla Model 3. The vehicle was traveling at nearly 70 mph when it encountered a tractor-trailer. The driver and the Autopilot brake system failed to brake causing the car to crash into the trailer. The driver of the trailer was cited for turning improperly.

Why the Autopilot system failed

The driver switched on the vehicle’s “adaptive cruise control system.” This system is supposed to keep the car a safe distance from vehicles in front of it. Another automatic feature, Autosteer, was also turned on by the driver to keep the car centered in its lane. The NTSB report found that “no pressure was detected on the steering wheel in the 7.7 seconds before the crash.” Tesla informed NTSB that the warning to keep one’s hands on the wheel wasn’t designed to go off until 8 seconds had elapsed.

The NTSB stated that Tesla allowed drivers to use Autopilot even though that system wasn’t created to work where there was cross-traffic or to prevent high-speed crashes. Tesla’s owner manual states that it warns owners who use Autopilot that the driver-assist system isn’t designed to operate on “limited access highways with no cross traffic.”

According to NTSB chairman Robert Sumwalt, this crash was the third deadly crash the NTSB has investigated “where a driver’s overreliance on Tesla’s Autopilot and the operational design of Tesla’s Autopilot have led to tragic consequences.” The NHTSA claims that all “commercially available vehicles” must have a human who is in control of the car. That human driver must not be lulled into thinking he or she is safe, and can avoid paying attention to the road, because of the technology in a vehicle.

Every day, the safety technology of our vehicles becomes more encompassing. We have lane assist and back-up cameras, seatbelts that ping when they’re not engaged, and autobrake systems for our cars. These tools are supposed to assist people in driving their cars – not remove all accountability from drivers themselves.

That being said, 8 seconds is a very long time not to have your hands on the wheel. By allowing 8 seconds to elapse, Tesla is implicitly reinforcing the idea that drivers don’t need to pay attention while they’re in a vehicle with the Autopilot system. This type of design flaw is likely going to get more people killed.

When automated driving systems fail, the manufacturers of the system should be held accountable if the system is defective and that defect causes a crash which kills or injures someone. For help with any injury case, call the experienced Huntsville car accident lawyers at Martin & Helms. You can schedule an appointment by calling 256-539-1990 or filling out our contact form. We have offices in Huntsville and Decatur. We represent car accident victims and families in Athens, Madison, and across North Alabama.