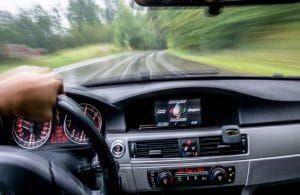 The Driver’s License Compact (DLC) – also called the Interstate Driver’s License Compact – is an agreement between 45 states in the U.S. plus the District of Columbia. The obligations of the member states under the Compact are to share and report between the states’ information related to traffic offenses of a serious nature, including reckless driving, DUI, DWI, and others, including suspensions of non-resident offenders. In turn, the home state of the violator will handle the offense as if it had been perpetrated by the offender in his/her home state and apply any applicable in-state laws to the out-of-state violation.

As an example, if a driver was arrested and convicted in California for a DUI, but the driver resided in Indiana and was carrying an Indiana driver’s license upon arrest, California would report the conviction to Indiana, and Indiana state laws would be applied to the offense.

Loopholes in the DLC may be risking lives

The Boston Globe and a team of investigative journalists, as detailed in Blind Spot, a short-form documentary, in addition to written reporting from the publication, uncovered that many drivers who have had their licenses revoked in one state are still allowed to retain their license in another state. Loopholes in the DLC among member states along with lack of cooperation between member states and the 4 non-member states is the reason.

States declining to participate in the DLC

One of the obvious loopholes involves drivers committing traffic offenses in member states who are themselves residents of non-member states. Many of these drivers have easily reapplied for licenses in their own or other states – and in some cases after the fact, have taken the lives of others on the road.

The states not currently participating in the DLC are Wisconsin, Massachusetts, Michigan, Georgia, and Tennessee. No federal law requires these states to cooperate with each other or states that are part of the DLC.

Inaccurate driving records among states in the DLC

Another loophole involves a number of the states that actually do participate in the Compact. Many of these states have inaccurate records of drivers’ offenses and dangerous roadway activities. According to the Boston Globe’s investigation, 13 states plus D.C. have severe backlogs of unrecorded out-of-state notices and violations. These notices and offenses are usually sent via the U.S. postal service instead of by email or other safe digital transmission. Then, the information received by the state is manually entered into its database.

More than a handful of states have chosen to stop sending out these notices to other states. However, they still accept notices from other states about the infractions committed by their drivers in those states.

A third issue involves the disparities that exist between motor vehicle laws among the 45 member states and D.C. of the DLC. These disparities can cause incomplete records of dangerous driving offenses and failures to transfer information about offenses back to the home state. Provisions under the DLC require the home state of the driver to penalize the driver for an out-of-state violation only if the driver’s home state has the same legal statute for which the driver was charged. Otherwise, no action can be taken to record the charge to the driver’s home state.

In conclusion, according to the Boston Globe, as many as 10% of drivers cited or arrested for dangerous driving activities out-of-state do not have those offenses listed on their official home state driving record. According to some, the only way to plug the holes is to establish enforceable federal standards which could at least minimize the problem of not holding accountable the most dangerous drivers.

If you have sustained injuries in a car collision as a result of the negligent or reckless actions of another driver, you can count on the experienced Huntsville car crash attorneys at Martin & Helms to fight for your maximum deserved compensation. We are highly experienced at pursuing large settlements on behalf of our clients. To arrange a consultation, give us a call today at 256.539.1990 or drop us a message through our contact form. We support and represent clients across North Alabama and the Tennessee Valley, including in Huntsville and Decatur (our office locations), Athens, and Madison.