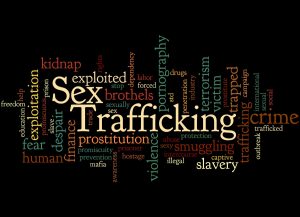 Sex trafficking is a heinous crime that has gained more attention in recent years and can threaten the lives of the very young and the older as well. Some of the major risk factors among those vulnerable to being trafficked for sex include recent relocation or migration, mental health issues, substance abuse, homelessness as a youth, and participation in the child welfare system. Traffickers often take advantage of the vulnerabilities of their victims to make them dependent. At the same time, there is much misinformation about this crime, including when and how it occurs.

Below are some of the common myths about sex trafficking that gain widespread attention and acceptance.

1. It is usually perpetrated with violence

One of the most common myths about sex trafficking is that it usually occurs when someone kidnaps or overpowers someone physically. However, the majority of traffickers employ psychological tactics such as manipulation, defrauding, trickery, or threats to compel the victim into exploitative or sexual labor.

More than two dozen people called the Athens-Clarke police department in Georgia after seeing paper dots on various vehicles, fearing the dots were intentionally placed there to mark those vehicles for sex trafficking purposes. Other similar reports were sent to the University of Georgia police. However, as Police Captain Christ Nichols explained, the dots were not a part of any sex trafficking plans or operations. Both departments investigated the matter with assistance provided by the Georgia Bureau of investigation.

The facts learned from the investigation revealed that dealerships commonly place these marks on windshields when a certain repair or maintenance task has been completed – it helps them keep track of work finished. Also, dealerships sometimes place these stickers on vehicles to identify them for online advertising. Thus, this widespread sex trafficking myth was debunked.

3. Victims choose to stay after being trafficked

The children, women, and men who are sex trafficked have no choice in the matter. They are held by intimidation, manipulation, threats, or physical violence. Many times they are subdued through the use of alcohol and/or drugs. Traffickers often inflict heavy mental and emotional abuse to keep their victims compliant. The manipulation can eventually produce the Stockholm syndrome in some victims. Perpetrators of sex trafficking also instill distrust of law enforcement. Some who are caught as victims of sex trafficking end up getting a citation or placed under arrest for prostitution, which serves to further reinforce this distrust.

4. Sex trafficking only occurs in underground or illegal industries

Sex trafficking occurs in legitimate industries such as construction, cleaning services, restaurants, factories, hospitality, and more. Statistics from the National Human Trafficking Hotline indicate that of the human trafficking cases reported in 2016, at least 7.7% occurred in hotels or motels.

Most sex trafficking villains are not members of a secret organization, but are rather likely to be individuals operating otherwise “normally” in society. They can be businesspeople, doctors, and government officials. The customers of sex trafficking activities are generally men.

5. Sex trafficking victims do not know their abusers

The popular characterization of a sex trafficker is a shadowy individual who kidnaps a victim, usually for sale in another country. This is not necessarily the case. The perpetrators are often not total strangers to the victim. Often the perpetrators are acquainted with their victims’ vulnerabilities and weaknesses which makes them easier targets for sex trafficking victimization.

At Martin & Helms, we are strong advocates for those abused by others in sex trafficking schemes. As an injured victim, you can trust us to provide you with strong legal representation in a secure and safe environment. To arrange a consultation about your case, call us today at 256.539.1990 or reach us through our contact form. From our main office in Huntsville and additional office in Decatur, we serve Athens, Madison, other parts of North Alabama, and throughout the Tennessee Valley.